This video was entered by Dr. Thalia Petropoulou in the 2022 KS International Robotic Surgery Innovation Awards. It was featured in the Vattikuti Symposium ‘Humans at the Cutting Edge of Robotic Surgery, held in Miami 11-19-2022.

There is a lot of evidence for the benefits of complete mesocolic excision (CME), for increase in survival in patients with right sided colon tumours 1,2

Nevertheless, it is a technically very demanding operation, which requires experienced surgeons and deep understanding of the anatomy; probably this is one of the reasons that the adoption is still very low. The robotic platform with the technological advantages, such as 3d dimensional view, articulated instruments and precision of movements, could help in better adoption of the technique. Additionally, augmented reality is a growing technology which could help surgeons collaborate all around the world and furthermore develop new skills and techniques.

To our knowledge, in this video, we present the first case of robotic CME in Europe, with the use of augmented reality platform (proximie) and 3d reconstruction of the vascular anatomy. The surgery was performed with live, real time connection, in Athens, Greece, from a certified, experienced robotic colorectal surgeon, with the guidance of an Intuitive proctor from London, UK. With the use of the augmented reality platform, both surgeons could communicate during the case and the operating surgeon could see in real time the 3d model and proctor’s suggestions overlaying into her screen. After pneumoperitoneum was created and marking was done, the laparoscopy revealed adhesions of the omentum and small bowel in the area of the tumour and the abdominal wall. A few adhesions are taken down so the robotic platform can be docked to the patient. After the robot is docked, adhesiolysis is continued till the correct plane above the duodenum is identified and developed. Kocher maneuver is performed and we mobilize all 4 parts of the duodenum and head of pancreas; this is a safety maneuver so we have access to the vessels in case of injury to any major structures.

According to our 3d model, the ileocolic artery (ICA) passes anteriorly to ileocolic vein (ICV). We skeletonize and divide ICA at the origin from superior mesenteric artery (SMA). Then we do the same for ICV, at the origin from superior mesenteric vein (SMV). The right colic artery will be found next. We skeletonize and divide this artery, in its origin. The Henle trunk consists of two separate branches inserting into the SMV. The GEV and a colonic branch draining hepatic flexure and proximal transverse colon. The visible lymph nodes are taken with our specimen. We continue the dissection cranially and we expected and found the middle colic artery and vein trunks, which we will be taking from their origins. With the help of the interactive 3d model, we know exactly were we are in every step of the procedure and what to expect.

We complete the dissection with the infracolic, suprapancreatic medial to lateral approach that we have described previously 3 and then the lateral dissection. We exteriorize the specimen and we perform a, 2 layered, handsewn, side to side isoperistaltic ileocolic anastomosis.

Funding: No funding was used for the study

Availability of data and material: All data are available upon request 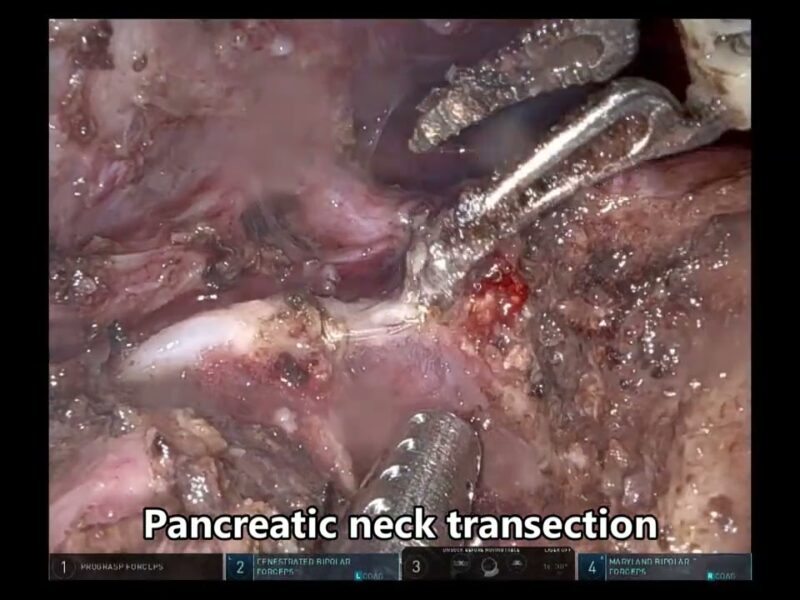 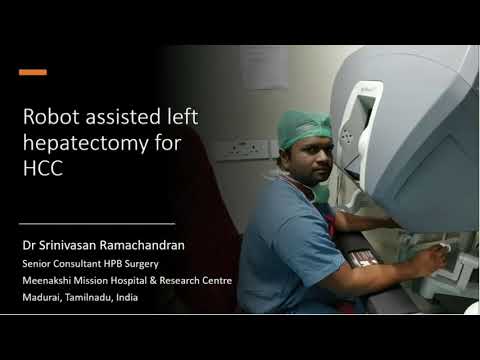 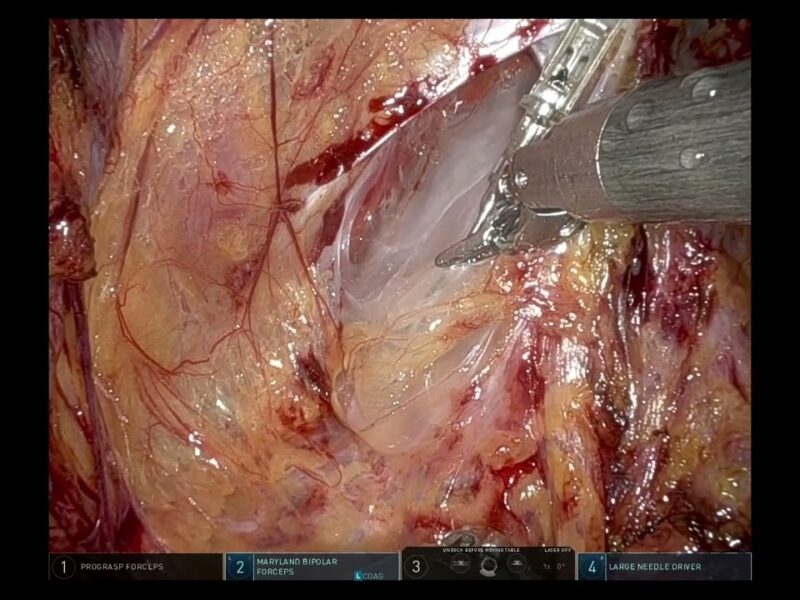 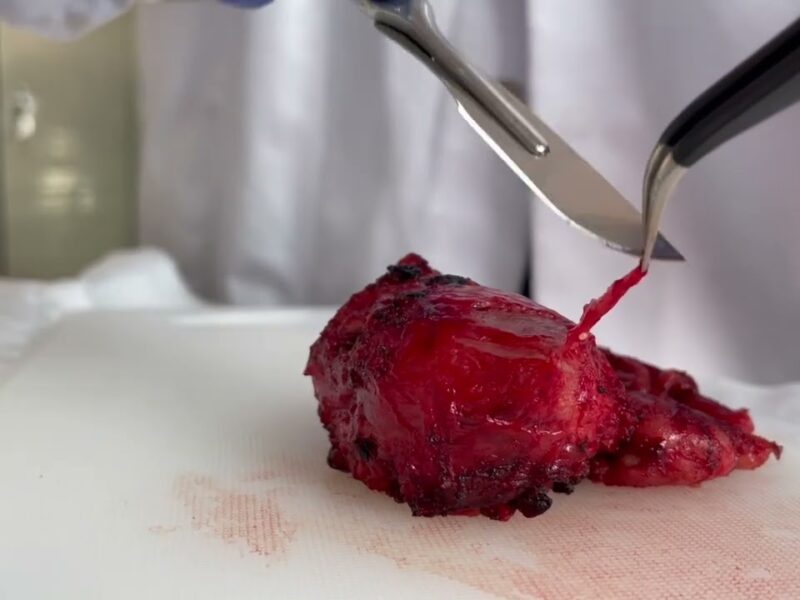