This video was a Finalist for the 2019 KS National Robotic Surgery Video Awards, screened and adjudicated at the Robotic Surgeons Council of India meeting. Presented by Dr. Himanshu Sharma. Here is the Abstract:

Robotic assisted kidney transplantation (RAKT) has recently been introduced as a management option for patients with end stage renal disease. While open kidney transplant (OKT) remains the gold standard, RAKT is increasingly being adopted across the world as a technique with equivalent outcomes and lesser complications especially for the obese patient. The challenges encountered during the performance of vascular anastomosis owing to multiple renal vessels and right-sided renal allograft transplant (short renal vein) are potential reasons for non-selection of patients for RAKT as well as open conversion.

This is a retrospective study of 22 patients who underwent RAKT with right-sided (04) and multiple vessel (18) renal allografts in a quaternary private hospital setting. The results were compared with 22 OKT patients. All the surgeries were performed by a single surgeon with more than 5 year experience in robotic as well as open transplant. Clinical data were collected in a Microsoft Excel based database. A descriptive statistical analysis was performed.

RAKT is a feasible option for patients receiving right-sided as well as multiple vessel renal allografts and the challenges could be safely overcome by the techniques described. 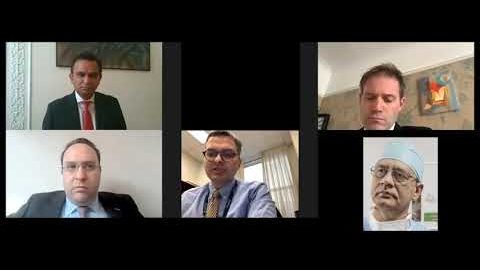 What we do and do not like about your presentation